The Wondrous Blend of Houston Symphony, ABBA, and RAJATON

It was a night of music that I dare say will not be soon forgotten by those of us blessed to be in the Jones Hall audience for the Houston Symphony’s celebration of what was simply titled, THE MUSIC OF ABBA. Of course, thanks to the world-wide popularity of the Broadway musical, MAMA MIA, much of the program would be familiar to last weekend’s sellout crowds with such tunes as “Dancing Queen,” “Chiquitita,” “Money, Money, Money,” “One of Us,” “Voulez Vous,” “Does Your Mother Know?” “Head Over Heels,” “Mama Mia,” “Gimme! Gimme! Gimme!” “The Winner Takes It All,” “Thank You For The Music,” “Fernando,” and “Waterloo.” The varied selections would all combine to create an atmosphere of utter and complete joy in the house before the night was over, and it was that latter tune, the group’s first big hit, that launched them into the stratosphere of pop music in 1974. 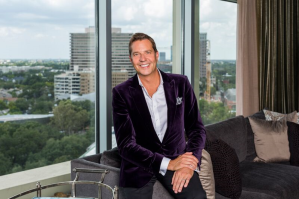 Presiding over this splendid concert was the youthful, slim, and endlessly animated conductor, Steven Reineke, looking equally splendid in a meticulously tailored charcoal suit, with gleaming patent leather dress shoes of black and glittering silver. He displayed the grace of a ballet dancer as he guided his gifted musicians through the lush “ABBA MEDLEY” overture that opened the program, while touching beautifully on many of the tunes mentioned above. But that was just the beginning.

The featured guest performers would be the six talented members of the extraordinary RAJATON a cappella vocal ensemble from Finland. They strutted proudly on stage, beaming with joy that would quickly spread to an appreciative audience. While their Finnish names (Jussi Chydenius, Essi Wuorela, Soila Sariola-Lehtinen, Hannu Sepola, Ahti Paunu, & Aili Toivonen) might be difficult for us to spell or pronounce, their musical magic spoke a universal language that needed no translation. Whether performing with the orchestra, or in the strictly a cappella style for which they are best known, the handsome group of three men and three women, would blissfully captivate Jones Hall throughout the performance. That would be true right from their opening trifecta medley with a gentle and gliding, “Dancing Queen,” a fun-filled, “Money, Money, Money,” that featured a terrific, pulsing beat, and then the story-telling beauty and gorgeous vocal blending of, “One of Us.” Below the overhead spin of a sparkling disco ball at the ceiling, there was pleasing light choreography silhouetted against a hot-pink backdrop during the a cappella wonders and clever counterpoints of “Head Over Heels,” with its rhythmic and intoxicating blend of mouth-popping and microphone-tapping sound effects.

With the orchestra accompanying once again, the ensemble delivered an “S.O.S.” that nicely reflected on the “emergency” desperation that sometimes accompanies love. But the bright mood quickly returned with the perky and upbeat, “Take a Chance on Me,” as the hand-clapping audience joined in. Enhancing the staging, the bubbly singers, dressed in eclectic yet elegant attire, would have fit in well at any wedding, and were always in motion, changing positions or dancing lightly. All of that was evident as the singers beautifully concluded Act One with the twin delights of the tongue-twisting, “Chiquitita,” and the ever-popular, “Mama Mia.”

Following the intermission, the orchestra againtook center stage performing, “People Need Love — An ABBA Symphonic Medley,” a choice collection of ABBA tunes of many moods, that was beautifully peppered with sparkling percussion and the richness of the strings, all under the baton of the merry and graceful conductor Reineke.

When Rajaton returned to the stage there would be a soaring, “When All Is Said and Done,” resounding choral richness for, “Knowing Me, Knowing You,” and then the fully a cappella joys of the mystical and entrancing, “Fernando.” Amid some gently undulating choreography, the group essentially became its own orchestra in a way that might remind old-timers of the Mills Brothers. There was so much more before the audience would be literally dancing in the aisles to a reprise of, “Dancing Queen,” but it seems safe to say that the one song that best described the feelings of the appreciative audience would have to be, “Thank You for the Music.”

David Dow Bentley III, writes columns about the performing arts which are featured in newspapers from the East Coast to the Gulf Coast. A member of the American Theatre Critics Association (ATCA), The International Theatre Critics Association, and America's oldest theatrical club, The Lambs, he also had long service as the editor of The Lambs' Script magazine. Mr. Bentley may be contacted via e-mail at ThePeoplesCritic3@gmail.com.
View all posts by The People's Critic →
This entry was posted in ABBA, BroadwayStars.com, Classical Music, Concert Reviews, Houston Chronicle online, Houston Symphony, Jones Hall, Rajaton, The Courier Columns, ThePeoplesCritic.com and tagged ABBA, Houston Symphony, Mama Mia, Rajaton, Steven Reineke. Bookmark the permalink.

2 Responses to The Wondrous Blend of Houston Symphony, ABBA, and RAJATON