Unforgettable Celebration of a “KING,” from Houston Symphony

Of the countless hit recordings left to us by legendary vocalist, NAT KING COLE, the song “Unforgettable” would certainly rank high on that list. The concert is aptly titled, “UNFORGETTABLE: Celebrating the Nat King Cole Centennial,” and it beautifully describes this weekend’s triumphant performance of the late, great singer’s astonishing body of work, that got under way with Friday’s sensational opening night at Jones Hall. Presiding on the podium was the Houston Symphony’s popular and very high-energy Pops conductor, Steven Reineke, the always enthusiastic and animated maestro, who seems to endlessly appear as the person having the most fun of anyone in the hall. That fact was quickly evident as the tall and handsome conductor sprang into action leading his musicians in a lively arrangement of the explosive big band classic, “One O’clock Jump,” that was notable for the finely woven counterpoints from different sections of the orchestra.

Then it was time to introduce the first special guest performer of the evening with the arrival on stage of sensational vocalist, Ryan Shaw, who immediately captured the flair and easy cool of Mr. Cole with his smooth performance of “Straighten Up and fly Right.” His black jacket and black bowtie combined with an artsy golden shirt that looked a bit like a jigsaw puzzle, and it all seemed to complement his black and gold dreadlocks tied neatly in a bun. (In addition to three Grammy nominations, Shaw has countless stage and concert credits, including starring as Stevie Wonder in the original Broadway production of Motown the Musical). Next, he demonstrated his richly resonant voice and skill as a storyteller, while beautifully capturing the haunting mystery of the Eden Ahbez song, “Nature Boy.”

Then conductor Reineke introduced the second featured performer, Josette Newsam. A native New Yorker, some may have recognized her from her appearances as solo and background vocalist on Today, Live! With Regis and Kelly, or Live! With Kelly and Michael. 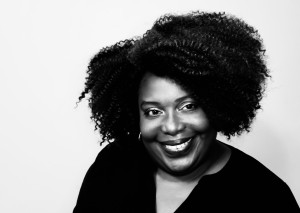 In a smooth black gown with flared sleeves edged in silver, and beaming with a joyful countenance, she opened with a fierce and feisty, “Orange Colored Sky,” that rocked the room. There was mention of Nat King Cole having been the first black entertainer to have both his own radio and television programs, and it was there that the brilliant Ella Fitzgerald had performed Gershwin’s beautiful, “Embraceable You.” With a voice that could etch fine crystal, Miss Newsam then performed the song herself, and with all due respect to Ella, I have never heard a better performance of that song. It was, indeed, a warm embrace, a tender balm for the soul. With equally marvelous interludes from the orchestra, the result was simply sensational! Then under the warm glow of red-orange lighting, the orchestra would follow with Nelson Riddle’s infectious, “I’ve Got You Under My Skin,” nicely decorated with seductive accents from both brassy trombone and sax. Following intermission the orchestra would again excel during a multi-layered and ever escalating performance of the “Theme from Route 66.” Shaw followed that with the “Route 66” song, as he demonstrated his extraordinary ability to shift gears while soaring into upper vocal ranges. Other delights in the second half of the program would include a lushly beautiful, “Smile,” and a chic, nightclub-worthy, “Tangerine,” from the orchestra’s fine rhythm section quartet. Josette returned in a stunning cardinal red gown and glittering golden slippers for a poignant and whimsical, “What’ll I Do?” and she would glide through a rendition of Natalie Cole’s hit, “Avalon.” Shaw would provide a sparkling, “Just One of Those Things,” that he may have over-stylized a bit, and then the conductor challenged the audience to identify five King Cole tunes in a lovely medley. (I got 4 out of 5, but couldn’t name the familiar, “Ramblin’ Rose”). There would be several encores, but of course the standout would have our co-stars pairing for “Unforgettable,” lest we forget what a memorable evening it was.