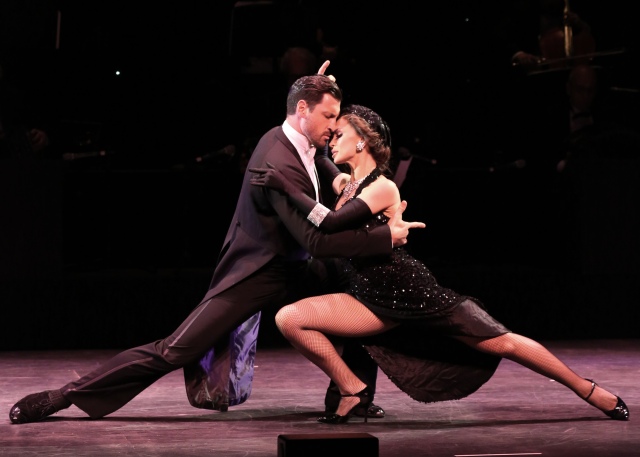 From its 1994 San Francisco inception to its various Broadway runs in 1997, 2004, and now, 2013, Luis Bravo’s FOREVER TANGO has always brought dazzling dance excitement to the stage. This latest edition runs through September 15, 2013 and brings with it a new brand of excitement as it is currently featuring (through August 11th) the celebrated dance pairing of Maksim Chmerkovskiy and the very lovely Karina Smirnoff. 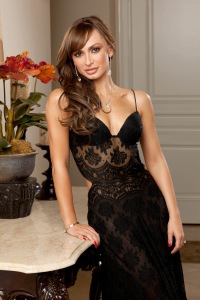 The couple, renowned for great success on the popular television program, Dancing With the Stars, has a wide following as evidenced by the enthusiastic groupies and fans now flocking to the Walter Kerr Theatre. That enthusiasm is certainly justified.

When the curtain first rises on the misty starlight hovering above the orchestra, the accordion-heavy sound quickly transports us to the romantic world we are about to enter. With the exception of occasional fine vocal and instrumental solos, the dancing presides majestically throughout the performance. The show features much more than the aforementioned celebrated stars, as the full company includes a total of 16 brilliant dancers forming the couples who dazzle the audience with myriad interpretations of the art of the Tango. The fine onstage orchestra offers a somewhat unique sound created by the musical blending of four accordions and five strings, with both piano and keyboard adding to the glow.

Occasional solo moments from accordion, violin or piano were added highlights of the performance. And speaking of solos, the vocal honors were offered by special guest vocalist and Grammy Award-winning singer/composer, Luis Enrique. Widely known as The Prince of Salsa, Enrique is featured in performances through Sunday, August 18th. Joined by the visual grandeur of the dancers, the vocal performance of his popular hit, “Yo No sé Mañana,” was the homerun that anchored the show as it both opened and closed Act II with the audience solidly clapping along in delight all the way through the spectacular full company encore.

In my work as a critic I am generally disinclined to use the press quotes so generously supplied by producers, but in this case one passage seemed to capture this show’s essence so well that I must close by sharing it with my readers:

Forever Tango is music, drama, culture, and a way of life. The popularity of tango has exploded all over the world. Sensuous and sophisticated, the tango is a feeling that you dance. A story is channeled through the flick of the leg, the tug of a hand, the tap of a foot, and the arch of an eyebrow. It’s passionate, yet melancholic. Tender, yet violent. You dance it with somebody, but it is so internal, you dance it by yourself. 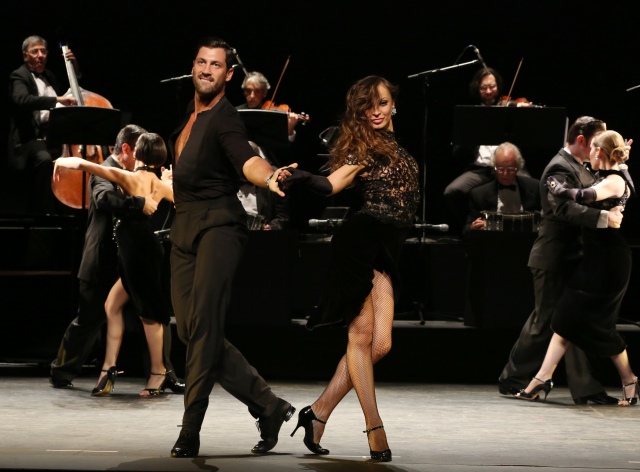 David Dow Bentley III, writes columns about the performing arts which are featured in newspapers from the East Coast to the Gulf Coast. A member of the American Theatre Critics Association (ATCA), The International Theatre Critics Association, and America's oldest theatrical club, The Lambs, he also had long service as the editor of The Lambs' Script magazine. Mr. Bentley may be contacted via e-mail at ThePeoplesCritic3@gmail.com.
View all posts by The People's Critic →
This entry was posted in Broadway, BroadwayStars.com, Dance Reviews, Forever Tango, Theater Reviews, ThePeoplesCritic.com and tagged Broadway, Celebrities, Dance, Entertainment, Forever Tango, Maxim and Karina, musicals, New York, Reviews, theatre. Bookmark the permalink.