The Sound of Success at the Owen Theatre 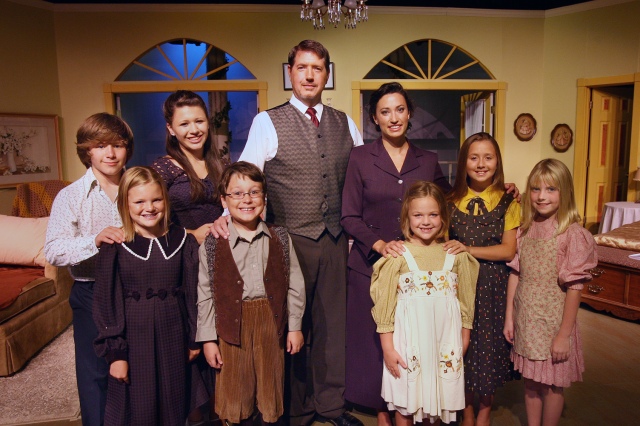 Crighton Players in THE SOUND OF MUSIC Photo: Brad Meyer

The case can certainly be made that a vibrant local theatre can be central to a vibrant community. That is perhaps never truer than in the ever-improving city of Conroe, Texas. With the Stage Right Players and a wide variety of other performing arts offerings at the historic Crighton Theatre, the arts have been firmly anchored in Conroe for years. More recently, with the addition of the newer Owen Theatre just across the street, the Crighton Players theatre season has greatly expanded the entertainment possibilities
for Montgomery County residents. With some forty-five years of experience to back them up, the Crighton Players’ offered a perfect example of that enrichment with their most recent offering, Rodgers & Hammerstein’s, The Sound of Music.

Gifted director, Marty Craig, has done it again by bringing together a huge cast of more than thirty actors, and a production and orchestra staff of more than forty members. This enormous involvement of so many in the community comes across the footlights with the clear sense that those onstage and backstage truly combine with the audience to form one big happy family. That helps to explain the excited buzz that filled the theater just before
curtain time. Craig has a magical way of managing all this with such skill that rather than having to run around backstage with last minute details before the final performance last Sunday afternoon, she was, instead, relaxed and serene out in the lobby where she could cheerfully greet arriving guests. But she very justifiably gives much credit to her assistant director, Becky Teague, musical director, Dave Englert and vocal coach, Kerri Edwards. The proof was in the pudding.

The joy of this production began as candlelit procession of the nuns approached the stage through the audience while singing the very beautiful, “Preludium.” Their lovely voices and comic flair were such keys to the success of this production that I feel compelled to list the actors including Amy Bogan, Laura Conner, Kim Lambright, Becca Fleming, Wendi Sims, Delma Talley, Marilyn Lewellen, Terry Woods, Sara Soland, and above all, (no
heavenly pun intended), Kerri Edwards as the Mother Abbess. Her voice of pure gold would be most evident later in her soaring, “Climb Every Mountain.” 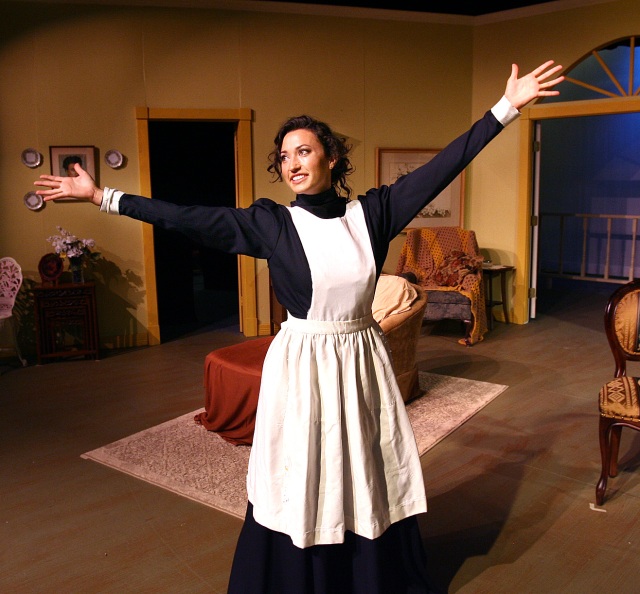 The well-known story (based in fact) tells of young Maria (a radiant Alexandra Casey), the troublesome postulant at an Austrian abbey who is sent off by the nuns to be governess for the children of widower, Captain Von Trapp (Creg Kelly). Casting of these children resulted in a superbly talented group including Katja Yanko (Liesl), Robbie Yanko (Friedrich), Payton Russell (Louisa), Ian Reina (Kurt), Shelby Lambright (as precocious Brigitta), McKaylie Self (Marta), and Macie Self (as little Gretl). With Miss Casey leading the way, the children sang sweet numbers like, “Do Re Mi,” “The Lonely Goatherd,” “So Long Farewell,” and “The Sound of Music.” It was as if to hear the very angels in our midst. Jodie Schrier neatly choreographed many of their numbers, while Lynn Peverill designed the show’s lovely costumes. 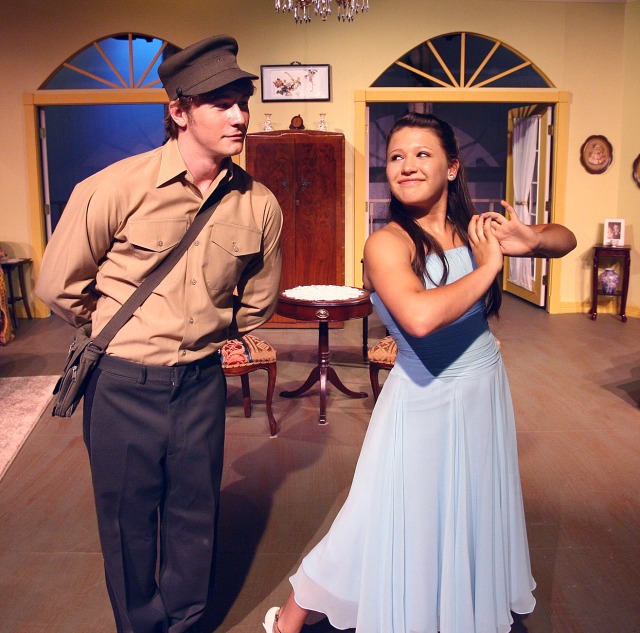 With the plot turning to the Anschlussannexation of Austria by Nazi Germany in 1938, we meet young Rolf (Jordan McLaughlin), a Nazi courier and love interest for fellow teen, Liesl. Their darling duet of “Sixteen Going on Seventeen” was yet another show highlight.

Meanwhile, the flirtatious Baroness Schraeder (Angelie De Los Santos) has eyes for the
Captain, while her animated friend Max (Gil Guillory) is more interested in starring the children in the Salzburg Music Festival contest. The two pair for a breezy duet of, “No Way To Stop It,” and the Captain joins them. Set designers, Ron Craig & Wes Bush, created an elegant interior for Captain von Trapp’s villa, where the officious housekeeper, Frau
Schmidt (Donetta Ingling) keeps things in order. There were various other compact and effective center stage sets that could be easily moved about. The lighting designs of Roger Ormiston, and sound designs of Mike Ragan nicely complemented the scenes. The only confusion seemed to come near the end of Act One when lighting and timing caused many in the audience to rise thinking the Intermission had begun just as Miss Edwards was about to perform the aforementioned, “Climb Every Mountain.”

Act Two delights included the children’s charming performance at the festival, lightened deliciously by an amusing bit with Miss Lewellen and Miss Talley as the hilarious Schweiger Sisters, runners-up in the contest. Then too, there was the charming, “An Ordinary Couple” duet from Maria and the Captain, more treats from the nuns, (“Maria,” “Gadeamus Domino,” “Confitemini”), the lovely wedding scene for Maria and the Captain, and his tender, “Edelweiss,” (clearly the best vocal moment for Mr. Kelly), as the family surrounded him in song for that Austrian National Anthem while the Nazis advanced. It was a moment to reflect on how fortunate we are to live in a free country where theatre can still comment on political evil without risk.

David Dow Bentley III, writes columns about the performing arts which are featured in newspapers from the East Coast to the Gulf Coast. A member of the American Theatre Critics Association (ATCA), The International Theatre Critics Association, and America's oldest theatrical club, The Lambs, he also had long service as the editor of The Lambs' Script magazine. Mr. Bentley may be contacted via e-mail at ThePeoplesCritic3@gmail.com.
View all posts by The People's Critic →
This entry was posted in Broadway, Miscellaneous Reviews, The Courier Columns, Theater Reviews and tagged Broadway, Conroe, Entertainment, Houston, music, musicals, Reviews, theatre. Bookmark the permalink.

1 Response to The Sound of Success at the Owen Theatre