A “Royal” Weekend of Musical Theatre 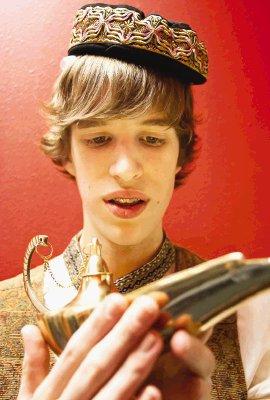 There was a regal atmosphere on area stages last weekend. Here at the north end of town, in The Woodlands’ Nancy Bock Center for the Performing Arts, a mythical kingdom of ancient Arabia would spring to life with the charming Class Act Production of Disney’s musical, “Aladdin Jr.,” and featuring the pleasant music of Alan Menken and the sweet lyrics of Tim Rice and Howard Ashman. Meanwhile, in the heart of downtown, our treasured Masquerade Theatre Company had survived a tragic recent fire to produce one of its most elegant productions ever: Lerner and Loewe’s, “Camelot,” in the Zilkha Hall of Houston’s Hobby Center.  Hear Ye! Hear Ye! I declare both events to be memorable!

Let us begin with the more-than-talented youngsters of Class Act, so ably directed by Tina Kraft, with musical direction from Keith Brumfield. The well-known tale of the young street urchin, Aladdin (Casey Hale), the magical lamp he finds, and the quest for his true-love-to-be, would fill the stage with wonder from beginning to end. Mr. Hale brought a boyish charm and pleasant voice to the title role. There was talented assistance from the five narrators, Eleanor Landsbaum, Julie Lewis, Sarah Corzine, Katherine Turner, and Megan Doyle. Right out of the gate there was the exquisite and haunting opening number, “Arabian Nights,” featuring the silken voices and sensuous dancing (choreographer, Tony Smith) from the large cast of Harem girls dressed in breezy and colorful oriental costumes. (A fine staff of seamstresses assisted the designers, Laura Landsbaum, Laurie Lewis, and Dee Whitaker). Simple and effective set designs were nicely accented by the scenic artistry of Joan Rothhammer and the magical lighting of Stephen Lanier & Ashley LaGrange. These elements beautifully captured the ancient Arabian atmosphere, and would combine to create a starry sky and misty city below during the magic carpet ride scene.

We meet the Sultan (Jesse Bates), his wife (Megan Kenworthy), and their lovely daughter, Jasmine (Megan Miller in a scene-stealing performance with a voice this reviewer hopes to hear much more of in future Class Act Productions. Her duet with Mr. Hale for “A Whole New World” was a knockout.) Next we encounter the evil Jafar, sinisterly played by deep-voiced George Downham in a role I would loved to have had when I was an actor in high school. His evil intentions for taking Jasmine as his bride are supplemented by those of his equally sinister parrot, Iago (Addie Breaux in a hilarious characterization and over-the-top costume of rainbow colored feathers). The merry nonsense of their “Why Me?” duet was great fun. Jasmine’s other suitors, the three princes (Garrett Newlun, Jack Wheeler, & William Burke), added to the merriment. Reminding one a bit of Al Jolson, the blue-faced Genie (talented Adrienne Whitaker), joined the Genie Dancers for the wonderful tambourine line dance of “Friend Like Me.” Of course the genie enables our young hero to win the heart of Jasmine as he enters the city on an elephant in the grand and show-stopping procession of the ensemble number, “Prince Ali.” Along the way we have the Rajah played by Zoe Tait, and the amusingly bumbling chief guard, Razoul (Rob Hogg, aided by Cole Thompson and Mr. Wheeler). There were a few opening night glitches with lights or microphones, and some bits of dialogue not clearly audible. The glowing ensemble finale reprising, “A Whole New World,” would have been enough to make up the difference, but the full company curtain call / harem dance was brilliantly coordinated icing on the cake.

Let us return now to the wondrous CAMELOT of Masquerade, brilliantly directed by company founder, Phillip K. Duggins, and telling the familiar story of King Arthur (Luke Wrobel), his queen, Guenevere (Kristina Sullivan), his rival, Lancelot (Matthew Redden), and the Knights of the Round Table. Amanda McBee’s pleasantly uncomplicated set would be brought to vivid medieval life by the absolutely lush and lavishly colorful costumes (designer, Libby Evans) that prompted an Australian visitor named Anand to remark during the intermission, “They must have cornered the world market on satin.” But ever more impressive was the vocal excellence of this sensational cast. Wrobel was consistently and solidly in vocal command with numbers like, “I Wonder What the King is Doing Tonight,” the lusty title tune, “Camelot,” and his exquisitely tender, “How to Handle a Woman.” As the king’s devoted knight and sometime rival, the tall and handsome Mr.Redden captured the fun of Lancelot’s many vanities as he sang “C’est Moi,” and provided a highpoint of the structurally less interesting second act with a stunning rendition of “If Ever I Would Leave You.” And speaking of stunning, allow me to move on to the lovely and most radiant star in this very stellar cast. Kristina Sullivan as Guenevere was absolute perfection. I have often remarked on the ever-improving vocal excellence of these Masquerade repertory players. Sullivan has now raised the bar into the stratosphere. If Julie Andrews had been present I am sure she would have been cheering after such Sullivan delights as, “Where Are the Simple Joys of Maidenhood,” “The Lusty Month of May,” (with ensemble), “Before I Gaze At You Again,” “I Loved You Once In Silence,” and her wonderful reprise of “Camelot,” with a voice that was like a warm embrace. She moved about the stage with the smooth elegance of a queen, and was perfectly paired with the gifted Mr. Wrobel as they gave us a royal couple that glowed onstage. 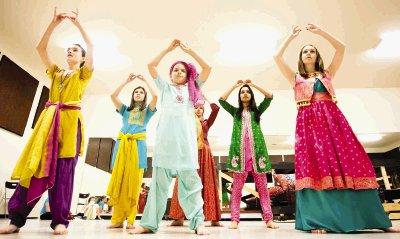 There are other delights in this production, including fine performances from the large cast of nobles, knights and servants. The orchestra (musical director, Sally Gardner) was skillfully ever-present, but never intrusive. Choreographer, Laura Gray, enhanced the pageantry by supplying numerous charming and delightful dances that were beautifully executed by the cast. Jay Tribble was a convincing and magical, Merlin, and John Gremillion was well cast as King Pellinore. Michelle Macicek as Nimue, the nymph who spirits Merlin away amid the misty lighting designs of David Gipson, sang the lovely song, “Follow Me” superbly.

Troubling for me was the somewhat plodding and muddy second act introducing the annoying characters of Mordred (Arthur’s illegitimate son, played here by Aicardo Rivera), and the lad’s sorceress aunt, Morgan LeFey (Miss Gray). These characters conspire against King Arthur and advance the plot line of Arthur’s roundtable quest for the victory of good over evil. Nevertheless, had the author’s consulted me I would have brazenly urged some rewrites. But none of that could blunt this production’s powerful impact, and the sweet closing moments as Arthur encounters a runaway boy on the battlefield. Young Tom (Harrison Poe) wants to become a knight and help the king with the fighting. He gets half his wish as Arthur sweetly knights him, and then commands him home to continue the noble “…quest for right, justice and honor.” For me, it was honor enough to review such a memorable production.

CLASS ACT is preparing “The Wizard of Oz,” for performances July 16th-25th. Visit the website at www.ClassActProductions.org.

The MASQUERADE THEATRE season will offer, “The Full Monty,” “Jane Eyre,” and “Rent.” Visit their website at www.masqueradetheatre.org.